IWC has a series of annual events which are held every season.  These include: 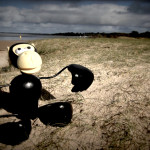 No one quite knows where this idea came from, but for some the concept of cracking the fastest speed on the coldest day has an enormous appeal.  Up until 2014, previous winners experienced the “Monkey on Your Back” curse- whereby they were bundled out of the competition through weather or injury.  Last year, for the first time, Pete Naz Nathan broke through the curse, scoring a session in just over zero degrees celsius.  He backed it up with another win in 2015. 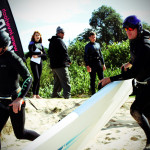 The Longboard Challenge– March or April each year since 2011

“Rules- What Rules?”
The Longboard Challenge has established itself as the most corruptly biased event on the calendar- with judges frequently accepting cash bribes to ensure the success of the winning team.

The event consists of a series of sailing and non sailing challenges, all on boards that are 3.5 metres or above in length, that are to completed by a team within an hour time limit. 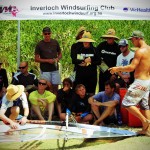 Each January, since 2012, Guy Cribb has brought his world famous InTUITION clinics to Inverloch. Running over 2-3 days, the clinic aims to improve windsurfing skill, and provide a fun and social atmosphere. Each day, the clinics consists of video analysis, and several intense hours on the water. Evenings are filled with a wide range of local attractions and activities.