This sections contains the various activities and goings-on of our club members.

From time to time, the club recognises individuals who have left a mark on our sport.   Whether it be through an epic adventure or services to the windsurfing community, our club legends are held in high regard with the utmost of respect.. Read more..

IWC CLUB PERSON OF THE YEAR

The IWC Windsurfer of the Year is an important award that recognises the hard work that many of our members put in to growing and developing our club.  In its second year, the award is not based on purely the on water skill or ability of the sailor, sailing prowess but rather the individual’s contribution to the sport of windsurfing, their representation of the club’s core values, and their energy and efforts in developing the IWC.

Members are nominated and then short listed by the IWC Committee.

Each year there are many worthy nominees.  Each nominee has invested considerable time and effort into building the Club, and we appreciate all of their hard work. 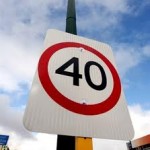 For the last 2 years, there has been an informal challenge to see if it was possible to get to 40 knots peak speed on the Inlet.  This year, on the 2nd of March,the benchmark was not only reached, but smashed with a peak speed of 46 knots, scored on a howling Easterly.

For our little known location known as Area 45, this is an amazing achievement, given this is only a few knots ways from the world record of just over 50 knots.

FIRST TO 40 HALL OF FAME